Anyone who knows me well knows that I love cats (really all animals, but especially cats).  Although – funny  story — I’m actually very, very allergic to cats.  But thanks to the miracle of allergy shots, I can happily have furry friends who sleep on my pillow and not stop breathing.  Score for modern medicine!

Anyway, I’ve now had four cats of my own since I’ve been an adult.  My first cat was Dweezil, a purebred seal point Siamese and the furry love of my life.  My second was Gabe, a grey striped domestic shorthair cat.  These two lived long and mostly healthy lives.  Gabe was somewhere around 18 when he passed, about six weeks after being diagnosed with a large internal tumor. Dweezil also lived to 18.  He did have kidney disease later in life, but was otherwise pretty healthy, and we chose to have him euthanized to preserve his dignity when his body eventually began to break down.

Now we have “family cats” (as in, they belong to our whole family, whereas I had Dweezil and Gabe before I ever even had my children).  Their names are Alice B. Toe-Claws and Colonel Steve Austin, the Six Million Dollar Cat.  As you can see, we have fun with pet names.

Alice is a dilute “tabby-co”, a tabby calico with stripes plus soft grey and peach markings (as opposed to the black and orange markings of traditional calico).  Steve is a grey striped cat with three legs!  He was a stray who was humanely trapped due to his leg injury so that he could receive medical care.  His front left leg was too damaged to be saved and instead of returning him to the outdoors, the shelter decided to find him a family.  We happened to be volunteering at the shelter and were happy to give him a home.

Plenty of studies have shown the benefits of having pets, including lowering blood pressure, improving mood, and decreasing stress.  I can attest that my life has been enriched exponentially by having these babies around.  Besides the obvious health benefits, in caring for them, particularly as they age, I’ve found the relationship with pets mimics that of a human relationship, although with much less drama.  They love with us, play with us, and grieve with us.  They become our teachers and our friends.

I’ve found that my relationships with my pets gives me space to test out dealing with difficult emotions and situations, like sadness, anger, and death.  I find that they help me grow patience and empathy.  Their acceptance of me just as I am allows me to feel more confident in who I want to become.  And I don’t get this from most people.

Play hard, sleep hard – The joke of cats napping constantly is pretty cliché.  And yet it’s so true.  I watch these young cats play with each other.  They wrestle and run, bounce off dressers, and roll off beds, creating loud thuds and bumps that when heard from downstairs makes me wonder if we have a ghost.  Their play is rough and tumble, and sometimes they get aggravated with each other and hiss or growl.  When the time to play is over, they rest, often side-by-side or curled up together.

How many of us can say that we play and rest with equal passion?  Most often, we’re so overwhelmed with the work of life that we forget play altogether. And rest?  Who has time for that?  A cat’s work is to run and play and wrestle and explore.  What if we did the same?  What if we reimagined work as play?  And then we did that with as much passion as we could muster?

Keep your eyes on the prize – Alice plays fetch!  She will bring us items – small stuffed animals, ribbons, rubber bands, pieces of wire – to throw for her.  And she actually brings them back to be thrown again!  When she is fetch mode, she is LASER FOCUSED.  Her front end is crouched down, her back end up and moving side-to-side and her eyes are locked on the object being thrown.  Her eyes are so focused that her pupils expand until she looks like a shark with her black eyes.  And she never misses a throw.  She knows if you fake her out. She watches and she listens.  And, like a good cat, when she’s done, she’s done.

If only we could have this much focus on the tasks we need and want to do!  I, for one, get easily distracted by all the responsibilities and voices around me, pulling me in a million directions, when what I know is that focus is everything.  The ability to concentrate on one task at a time and to do it with laser focus is what paves the way not only for efficiency, but also for that passionate rest.

Let it roll off – I watch these cats attempt to jump onto beds, dressers, bathroom counters, window sills and miss terribly.  Do they skulk off to pout, embarrassed by their failure?  No!  They look right up at me as if nothing happened.  I can almost hear them say, “You saw nothing.”  And then they lick their paw as if that’s what they meant to do anyway, because cats accept mistakes as a fact of being.

We humans, on the other hand, spend a lot of time sulking over failure, missed opportunities, and flubbed attempts, when that energy could be put to better use letting it roll right off and going about business as usual.  Mistakes and missteps are going to happen, and we needn’t let them define us as people.

Be vulnerable – Alice has been comfortable with us from the start.  So comfortable in fact, that it’s not uncommon to find her lying in the floor on her back, her furry white belly stretched and spilling out across either side of her.  Coming from the wild, Steve has taken more time to get even a small bit comfortable.  He’s still quite skittish and uses the relative safety of under the bed as his get-away spot.  Yet, I looked at him today, lying on the bed next to me, completely on his back with his full belly exposed. I reached to pet him and he didn’t flip over.  He stayed that way, allowing me to rub his tummy and give him the attention and love he needed.

We often take a while to warm up to people too.  Showing our bellies is an act of vulnerability that many of us choose to avoid, sometimes never getting comfortable with our closest human companions.  And yet, it’s vulnerability that creates connection.  And we humans thrive on connection. Just like our pets.  If they can learn to trust, maybe we can too?

Love unconditionally – Dweezil passed about a year after we got Alice and, for a time, she was an only cat.  We were planning our vacation and I realized that she would be totally alone (she’s not exactly buddies with the dogs).  I felt so bad about this that I arranged for her to stay with a friend while we were gone.  It didn’t occur to me until we returned, and I saw that look of confusion and surprise on her face when we picked her up, that she most likely thought we had given her away.  It was heartbreaking to think that the whole time we were gone she was thinking she’d lost her people.  In a short time, her love for us was already so accepting and pure, and we unconsciously took it for granted.

Most of us are, on the inside, longing for love, and yet outwardly we don’t want to seem needy or desperate.  So we contain our love, we put limits on it, train ourselves to be reserved with something that can never truly run out.  And when we do share, others often take our love for granted.  Not because most people are malicious, but because we struggle to understand how to love unconditionally, like our pets do.

I also want to share one lesson from cats that I’ve learned NOT to do:

Alice, like many cats, hates closed doors.  So much so, that she will dig and claw until she opens the door if it’s not closed securely.  She even attempts to use the lever door handles to get to the other side!  This is where cats get it all wrong.  We all know the saying, “The grass is always greener on the other side.”  Cats always seem to be looking for that greener grass on the other side of the door instead of being satisfied with the space they’re in at the moment.  Or at the very least, they need to be able to see an exit at all times.  We might call this a safety strategy, but I call it lack of faith.  There’s another saying… “The grass is greener where you water it.”  Cats could stand to learn a bit about that.

I’m curious, what lessons have you learned from your pets?  I’d love to hear your stories!  Share in the comments below!  And if you enjoyed this article, please be sure to share it!

P.S. While this article is about my cats, I feel compelled to acknowledge the other pets in our home:  Max, Maddie, Jimmy Neutron, Isabelle (aka Luna), Biscuit, and Peaches. 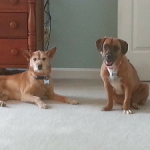 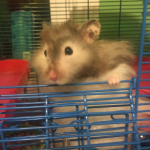 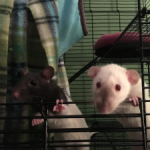 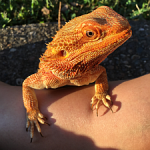 Join the email list and receive your poetic healing