The well was cool and nourishing
and deep, but years ago
in an act of courage and
defiance, you moved the heavy
stone across the opening, allowed
the thorny branches to grow over
and around it, so that no one
could disturb your tomb, or drink
its healing waters, and you turned
your back, confident that the thorns
would do their job to keep the trespassers
out, but what you could not see in your
rage and self-hatred, was that the thorns
and brambles  shadowed you in your
exile,  shrouded you in your attempt to be
invisible, shrunk at your valiant effort
to fight them back, grew thicker and
stronger, shielding you from the world
of your creation, until that day when
the thorns pressed deep into your
flesh and you finally tasted the sting
in the back of your throat, and it was then
that you knew the only respite left was to
return to source, and there in that ancient
place, you tore back the branches and
brambles, bleeding and broken, but it was
too late to care, and you uncovered the patient
stone,  waiting for your return, and there
as you wildly plunged yourself into the waters,
as if returning to your mother’s womb,
there you realized that the thorns you fled had grown
out from the belly of your pain, and that you,
you are the trespasser, bathing in your own
well of salvation 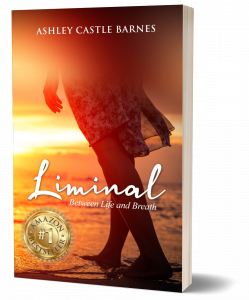